A new photo, RU22102011, is dedicated to Rossella Urru, a young italian woman kidnapped in Algeria more then 4 months ago, on the 22nd of October 2011. Since then no more news have been given to her family. 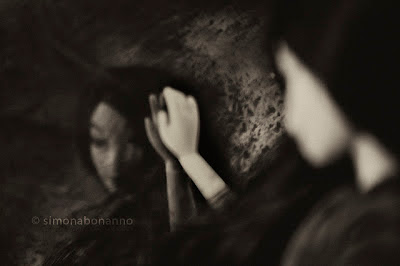 Rossella worked for the International Committee for the Development of Peoples (CISP); she was taken inside the refugee camp of Hassi Rabudni, near Tindouf, together with two Spanish co-workers Ainhoa Fernandez de Rincon and Enric Gonyalons, by the Islamic Group Jamat Tawhid Wal Jihad Fi Garbi Afriqqiya (Monotheist Movement for the Jihad in Western Africa).
Hoping she will come back soon.

One of my Chains of Silence photos, dedicated to Emanuela Orlandi, will be exposed at the Salon de Reidisheim, France, in March 2012, from 17th to 25th. Theme of the exhibition: the women condition.


more about Emanuela Orlandi on wikipedia

Auction at the MALBA


My work Chains of Silence will be auctioned at Auditorium of the Museum of Latin American Art of Buenos Aires (MALBA).